So, I tried Windows 7 beta, and recently scored a copy of Windows 7 for my desktop PC, via employee discount. (I’d be willing to pay $50 for the OS, so $25 isn’t a bad deal. The again, Microsoft sent me some very large checks for my Tellme equity in 2007 so a very small Capitalist part of me is rooting for them.) 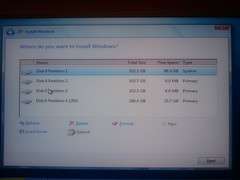 It is pretty nice: basically a refresh of Windows XP, with extra spit-and-polish. Zippier, too! It boots and shuts down faster than XP or Ubuntu, and manages OS updates without requiring my intervention and subsequently breaking things, like Ubuntu does. I was musing to my coworkers that if it had the following, I could switch from Linux:

I turn my computers off when I’m not using them. I like that Firefox will remember tab sessions. But waiting for an OS to boot is wasted time.

Despite recent improvements, Ubuntu still takes way too long to boot, and seemingly forever to shut down. Windows 7, by contrast, is pretty darn zippy. I like that!

So, for the record, I’m thinking to turn off system updates on my Ubuntu environments, because they aren’t worth it and they keep breaking my stuff. I’ll just refresh twice a year when the new release comes out, therefor managing the pain of upgrades. Windows updates are more important, given the constant security threats. Fortunately, Windows does that for me without my noticing, save the stupid “I will forcibly reboot you in 5 minutes” thing that hasn’t hit me (yet?) on Windows 7.

Windows seems to have made some improvements with software packaging, and I gotta say it is convenient to go to a web site, click on an installer, and a few minutes later have the application running. Of course, then there’s another icon on your desktop and the Yahoo! tool bar has been added to your web browser . . .

On Ubuntu, though, most of the time I go to a shell and type:

And there I go!

Sometimes software isn’t available in the central repositories, but 9.10 has made adding some PPAs easier. And sometimes I go to a web site, click on a link to a .deb file, it downloads, the system asks for my password, and the software gets installed without leaving crappy toolbars in my environment. Victory!

Ubuntu’s Gnome interface would be nicer if I could drag windows to the side of the screen and they’d pop over to the next screen, like the fvwm2 pager. But, I’m pretty well content with Ubuntu’s virtual desktop ability.

You could probably install a decent hack on Windows 7 to get this, but really, virtual desktops and pagers should be built in.

So, with Ubuntu I can fire off command shells with wild abandon and do what I need to do. (I’m a Unix system administrator, so I relate to computers mostly by typing commands and scripting.) Windows 7 has a new “PowerShell” feature that implements a few Unix commands. After half an hour of searching I discovered that you can get to the PowerShell by hitting Windows+R and then typing “powershell” — heck forbid we should put this in the start menu or make it available by searching for “shell” but okay . . .

With Ubuntu, I can highlight text by dragging and clicking my mouse. This is just like other environments, but instead of hitting control-C (or, ahem Open-Apple-C) to copy the highlighted text into your clipboard, and control-V (I mean, Command-V) to paste from your clipboard, with Unix, whatever you highlight goes straight to the clipboard, and you paste by tapping the middle mouse button.

That can be a little scary sometimes but once you get used to the convenience you really can’t go back to having to mouse and keyboard to cut and paste.

Once you figure out how to launch the PowerShell, you can not simply highlight text with the mouse. Seriously, WTF!? No, this is how you copy-and-paste stuff with PowerShell: 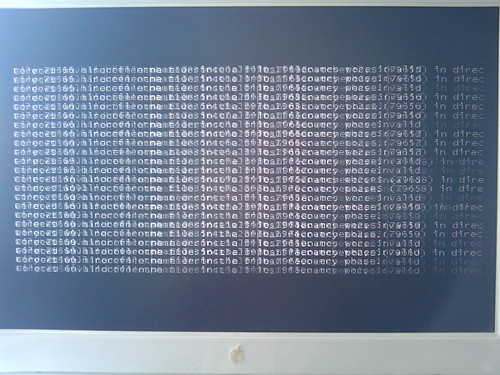 “Ah, hello, Microsoft? Yes, the 1980s called and they want their primitive user interface back. Thanks!”

Down in the accessibility menu, there’s an option for “Activate a window by hovering over it with a mouse” . . . but checking that option doesn’t actually change the behavior . . .

. . . correction: it does. After some seconds it brings the window you are hovering over to front. No, I just want focus, not raise! Arrr! Ubuntu knows how to do this, with just a little checkbox.

Update: There are three ways to do this. The registry hack was my solution.

I’ll give Internet Explorer some credit; I can type whatever crazy thing I want into the URL bar and the second it realizes I didn’t type a URL, it goes over to Bing. Nice!

But then the default behavior is to create new windows all over. Seriously: what is the point of tabbed browsing if you don’t put stuff in the tabs? The big fail though is that for whatever reason the WordPress HTML editor in Explorer keeps jumping up to the top of the text input window, which made working out this post a seriously annoying experience.

A quick install of Google Chrome and my web browsing experience not only interfaces well with WordPress and pops new windows into tabs, but I can type whatever crazy stuff I want into the URL bar and in a not-be-evil sort of way, it shunts me with due humility over to Bing. So, Chrome is my new default web browser for Windows 7. (And I’ll continue trying out Bing, even though I’m a Google fan-boy.)

Next: Notes on Porting a Django App from SQLite to MySQL
Previous: Week of 29 November, 2009
Categories: Linux, Sundry, Technical, Technology