It is telling that Al Gore has the funniest line.

I hope Bill’s foundation does much good in the world. I almost feel sorry for Microsoft that after all the effort, Vista has proven to be a cold turkey. For what its worth, from a UI and performance perspective, I prefer Windows XP to Mac OS X. Though I’m not sure that this is praise for Microsoft as much as it is an aversion to the Smug Cult of Apple.

(Yes, I am a contrarian. People hate contrarians. Especially Mac people, who think they have the contrarian cred: the last thing a contrarian wants to encounter is a contradicting contrarian!)

I have been Googling for numbers from New Hampshire. I favor Obama, and I’m curious what the GOP is up to. I finally found actual numbers, for the Democrats and and the Hephalumps:

So, my man Obama, arguably the underdog, is still giving Clinton a run for her money. And even if he doesn’t make it, I am content to vote for Clinton.

(I’d just like, after two decades, to put the Clinton-Bush dynasty behind us.)

And, I admire John McCain. If there’s going to be a Republican in the White House . . . my Googling turned up this gem from Tom DeLay:

“Thereâ€™s nothing redeeming about John McCain.”

Some months back, I was visited by a well-meaning relative, who cheerfully informed me that “Ron Paul is the only candidate who wants to abolish the IRS!” I gritted my teeth, and declined to take the bait. Arguing with Libertarians is kind of like bragging about that awesome dump you took: it is just way too easy and you really aren’t going to impress anybody. That, and it is impolite to shit all over family.

I got some positive feedback, though, for my brief contribution to a “Ron Paul” thread:

Libertarians are no different from anyone else who figures the government ought to address only their needs, and neglect all others. The generic term for this is “asshole.”

Just like Religious people who want their point-of-view enforced to the exclusion of others. “Gays can’t marry! That violates my beliefs!” Or, for that matter, uhhh, Liberals, who are somehow oppressing people in ways I can not presently fathom.

SysAdmin OpEd: Where to Keep the Crons

This is just a note which I contributed to a thread on sage-members, to get something off my chest, as to where people should maintain their crontab entries. I sincerely doubt that reading what I have to say will bring you any great illumination.

For production systems, I strongly object to the use of per-user crontabs. I’m glad to hear I’m not alone. One thing I have to do in a new environment tends to be to write a script that will sniff out all the cron entries.

And then there was the shop that used /etc/crontab, user crons, and fcron to keep crons from running over each other. This frustrated me enough that I did a poor job of explaining that job concurrency could easily be ensured by executing a command through (something like) the lockf utility, instead of adding a new layer of system complexity.

Yes, I am a cranky old SysAdmin.

So, in the unlikely event that you are reading this, and trying to score a job at Tellme, I stumbled upon a little tip while trying to debug something else: check out their HTTP headers, particularly the X-Great-Jobs: header.

I got hired there back when it was in stealth mode, and they left a “secret” message as an HTML comment on the front page of the web site. It is nice to see an old tradition is still around. It is also weird to see that their present “cover image” is an intersection on the same street my grammar school was on, back in Chicago.

TIP: Vim can add and subtract!

I have been using Vim for years, and have any number of times (say, when dealing with DNS configuration) had to edit many lines, changing integers by a constant value, and it was always a hassle to repeatedly switch modes and type in a new number. “There must be some macro or other special mojo,” I thought, “and sometime, I will figure this out.”

Well, there is special mojo, and the figuring it out is so dead simple I kick myself for not knowing this years ago:

Yes, I rated that tip as “life changing”!

From the New York Times:

â€œIf you just want equipment youâ€™re not ready,â€ Mr. Egami said in an interview. But, he added, James Freeman, the owner of the cafe, is different: â€œHeâ€™s invested time. Heâ€™s invested interest. He is ready.â€

It looks a bit overly-involved to me, but whatever floats your boat.

â€œSiphon coffee is very delicate,â€ [James Freeman] said. â€œItâ€™s sweeter and juicier, and the flavors change as the temperature changes. Sometimes it has a texture so light itâ€™s almost moussey.â€

I have long preferred brewed coffee to espresso. That is a combination of my proletarian roots and my experience as a barista: I have a strong sense of what I want from a dry cappuccino or dry cafe-au-lait, but this sense is not easily found in a cafe, and I lack the technology to do it myself, so let us keep it simple, right?

(In Japan, siphon coffee masters carve their own paddles to fit the shape of their palms.)

I just got an invitation to join NotchUp. Wary of the latest craze in data mining masked as social networking I did a quick Google search. TechCrunch had the best summary.

We’re basically looking at LinkedIn (they even import your LinkedIn profile) except that you can set a price at which you would be willing to interview with a prospective employer. The idea being, maybe you are happy where you are but you’d be happy to talk about being somewhere else, though your time is valuable. (Employers, of course, already know that recruiting is an expensive undertaking . . . it is not hard to see them pony up . . .) 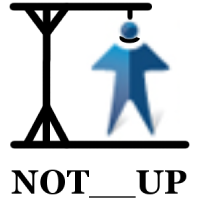 Apparently this is from “Peerflix refugees” so I’d peg it as “an interesting innovation that rips off an existing proven idea that is probably ahead of their ability to execute.”

I accepted the invite, to check it out but mainly so I could invite a friend who is job hunting. I figured if Powerset and Yahoo giving it a go . . .

I got started graphing various Linux distributions against each other, XP versus Vista, and trying to figure out the best keyword for OS X. Then, I wondered about FreeBSD. Against Ubuntu, it was a flatline. So, I asked myself: what is the threshold for a dead or dying Operating System?

Ouch! Can we get deader?

Amiga vs FreeBSD vs BeOS:

To be fair, the cult of Amiga is still strong . . . BeOS is well and truly dead. But how do the BSDs fare?

Amiga vs FreeBSD vs BeOS vs NetBSD vs OpenBSD:

NetBSD has been sleeping with the BeOS fishes for a while, and OpenBSD is on its way. And that’s a league below Amiga!

In Red Hat land, only Fedora beats “the Amiga Line”. For Unix in general, nothing stops the Ubuntu juggernaut. But there’s a long way to go to catch up with Uncle Bill.

(Yes, it is a rainy night and the girlfriend is out of town.)

I have been less the NPR / Politics junkie than I have in the past. And in the February 5 primary, it doesn’t take much thought for a Democrat from Chicago to prefer Barack Obama. I have already had the privilege of voting for him twice to get him in to the Senate. I just really like the guy: he is eloquent and he seems like and honest, good-hearted, hard-working guy who can pull things off.

But I don’t know much for him on the substance, so I have kept kind of quiet on the matter.

But, well, the XKCD guy, who is really bright, endorses Obama. He gives as good an explanation as any:

I want, for once, someone I can vote for not because I dislike the other candidate, but because Iâ€™m proud of mine. Obama is the real thing.

Obama has shown a real commitment to open government. When putting together tech policy (to take an example close to home for xkcd) others might have gone to industry lobbyists. Obama went to Lawrence Lessig, founder of Creative Commons (under which xkcd is published) and longtime white knight in the struggle with a broken system over internet and copyright policy. Lessig was impressed by Obamaâ€™s commitment to open systems â€” for example, his support of machine-readable government information standards that allow citizensâ€™ groups to monitor what our government is up to. Right now, the only group that can effectively police the government is the government itself, and as a result, itâ€™s corrupt to the core. Through these excellent and long-overdue measures, Obama is working to fight this corruption.

Obama stands against bad governing not only in his support of specific practices like open data standards and basic network neutrality, but in his work against corruption from day one. Heâ€™s sponsored legislation to restrict gifts to Congress by industry representatives (which also carried a whole slew of anti-corruption measures that were a breath of fresh air). Heâ€™s fought against vote fraud. Heâ€™s been pushing for election and lobbying reform from the start, and in his campaign heâ€™s refused to take lobbyist money.

The Democratic party has a long, painful history of nominating unlikable, uncharismatic â€˜defaultâ€™ establishment candidates who are eventually swatted aside by the voters. Nominating Clinton would be continuing that tradition at the very time when we have a chance to do so much better. Letâ€™s not let that chance slip by.

I like Hillary Clinton, as well. Don’t know much about her, but the thing is we have had “Clinton” or “Bush” in the White House for two decades now, and it is time to do something different. I liked the Clinton years, but they could have been . . . more inspired.

I can’t say that the system won’t grind Barack down in his first year in office, but you gotta dream, right? And Barack Obama is the candidate who inspires me most.

Update: Lessig has a compelling 20-minute video as to why he supports Barack Obama to Hillary Clinton.