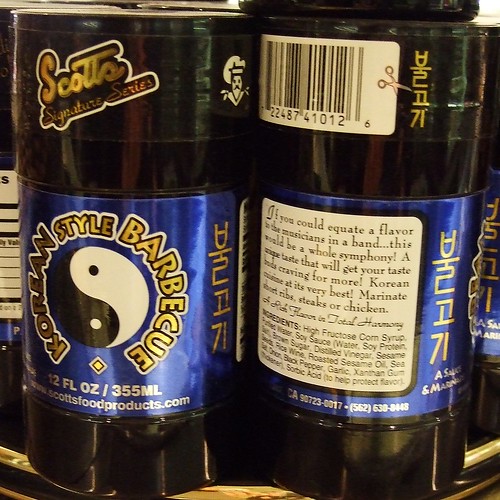 I was reading through 13 Photographs that Changed the World which is a fascinating and wonderful read, like visiting a great museum exhibit from my computer chair, and I got to Gandhi and His Spinning Wheel and I was thinking “that iconic spinning wheel looks like the heart of the Indian flag.” 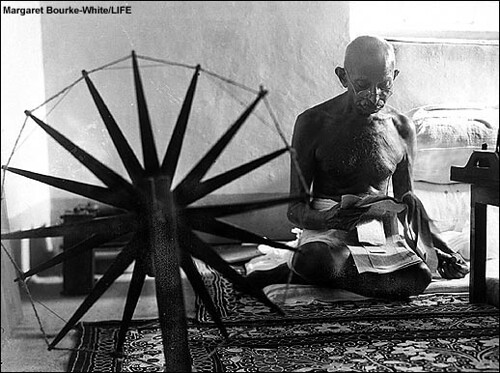 I researched a bit, and learned that the wheel at the center of the flag is the Ashoka Chakra the ancient Indian “Wheel of Life and Cosmic Order” . . . huh, the spinning wheel association seemed so poignant. But then when I read the Wikipedia page for the Ashoka Chakra, I learn:

The most visible use of the Ashoka Chakra today is at the center of the National flag of Republic of India (adopted on 22 July 1947), where it is rendered in a Navy-blue color on a White background, by replacing the symbol of Charkha (Spinning wheel) of the pre-independence versions of the flag.

One of Gandhi’s causes was to champion “home spun” cloth in favor of imported machined textiles, thus the iconic value of the spinning wheel as an instrument of independence.

Be with you and I reach you when better time permits
For now show me samples examples why you’re the shit
But how am I to know with the profession that I’m in
And if you do not know me then how could you be my friend?

The University of Illinois has at long last retired its Mascot Honored Symbol.

That’s awesome! My Alma Mater made a significant contribution to the modern Internet, but culturally speaking, we are still dragging ourselves kicking and screaming into the latter half of the twentieth century, when we the civilized world figured out that it was somewhat rude to use other peoples’ cultures to “honor” our sports rituals. Some of our fine White People took great offense when told that they must endure the shackles of political correctness. They responded that it was incorrect to call the Native American Mascot a Mascot, that the preferred nomenclature was that Chief Illiniwek is an Honored Symbol, following an Honorable Tradition, wherein the Illini people from whom our state took its name would be remembered by having a White Guy an Eagle Scout who is 1/8 Native American perform an exaggerated Lakota “war dance” during the half time performance at sports games. What better Honored Tradition could we possibly maintain for these people? (A Native American Studies Program or a Museum? Boring! You liberals love your museums and cultural programs–get down from your ivory towers and get with the team!)

The argument against retiring the Hollow Hallowed Symbol is that a lot of alumni would get freaked out and stop contributing money to the campus. That always struck me as silly . . . but just to be sure, I have been stingily holding back from giving anything until we adopted a new mascot Honored Symbol. Right? If some alumni are going to stop giving when the Chief goes away, then other alumni ought to be waiting for the Chief to go away before they give.