Well, I owe a plug, here . . . and a reminder note for myself if this happens again!

My third Canon camera has suffered a death comparable to my second Canon camera. So, I ordered myself a Christmas present today: a Fujifilm FinePix F30 — should be here Wednesday!

Anyway, one thing my second Canon camera did for a very long time was to EAT pictures I had taken. I tried multiple cards but they would just randomly get corrupted in the camera, and Canon went to great lengths to presume that the problem was with me, and not with their camera. (They got sued for doing that–yay class actions!) I am still bugged that I lost pictures of Clapham Junction and of the Eiffel Tower! Grr! Anyway, when I got to Thailand I slowed down enough to find a work-around to the problem of my second Canon: PhotoRescue! 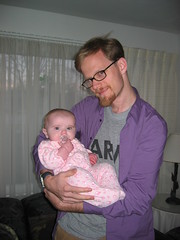 Once I found PhotoRescue, I found my second Canon fairly tolerable: if a card did go bad, I would swap it out, and the next time I offloaded pictures, I would run the CF card through PhotoRescue and get most of my image data back! Crap Canon, but great recovery!

After my second Canon died, I did my research and reluctantly bought another Canon because I couldn’t find a good non-Canon alternative. You might gather, I’m willing to give the Fujifilm a chance–the one I bought for Yayoi last year was pretty neat. My third Canon did not have the recurring data corruption problem, so for some years, and some computers, I had no cause to use PhotoRescue, and I forgot its name.

Alas, along the way to its recent death, my third Canon corrupted the data on its card, and precious photographs or relatives I had not seen since I was on my second Canon got eaten! Nooooo! Not again!!

But I recalled that I had gotten out of this jam before. I poked around on the Internet and downloaded a few of the dozens of “rescue corrupt images from your awful digital camera” software programs, but oddly, none of them worked! Desperate, I dug around in my e-mail archives for late 2002, and found the receipt for PhotoRescue. I downloaded a copy and it found my data on the CF card where others had failed! I was so glad I had no problem paying the $30 registration a second time!