A Computer Telephone Without a Keyboard!?

At long last, I retired my old T-Mobile G2. It was the last in a long line of phones I have owned for the past decade with a physical keyboard. (I think I owned every Sidekick up to the 3 before going Android with the G1 and the G2.) I like the ability to thumb type into my phone, but the G2’s old keyboard had long ago gone creaky, and it had lacked a dedicated number row besides. 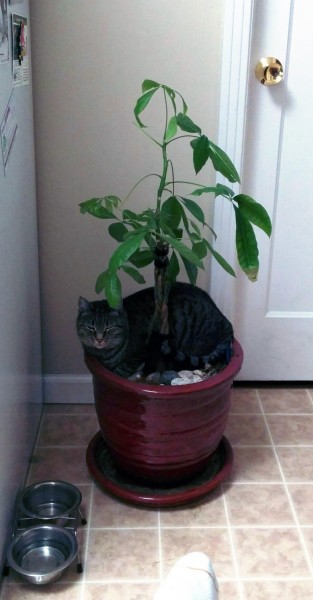 Anyway, the new Nexus 5 is here. The on-screen keyboard is slow and inaccurate. Like moving from a really fantastic sports car to a hovercraft piloted by a drunken monkey. I mean,the monkey-piloted hovercraft is undeniably cool technology, and I can eventually get where I need to go, but . . . its not the same, you see?

So, lets explore Voice dictation! It works . . . well, about as well as the monkey hovercraft, but with the added benefit that you don’t have to keep jiggling your thumb across the screen. But how do you do new lines and paragraphs? Where’s the command reference?

Yup. If there is a reference somewhere, Google doesn’t know about it. How sad.

I have to wonder, at times.

The other thing that excited me about the Nexus 5 was that on the home screen you can drag apps right up to “Uninstall” . . . unless they’re Google apps! “Way to not be evil,” I cried. Until a Google colleague pointed out that it was just a bit of UI funkiness on Google’s part, owing to the applications coming bolted into the UI, there is at least a method to disable them.

Anyway, this is useful knowledge that helped me to vanquish the Picasa sync thing that has been hiding images from the gallery for the past few years. I have another project where I’m testing out BitTorrent Sync to pull images off our phones and then sync a copy of the family photo archive back down to the phones. If that works out, I’ll write it up. I may pursue that further to see if I can’t replace Dropbox, which, unfortunately, does not (yet) offer any sort of a family plan. Also, if I can host my own data I needn’t share as much of it with the NSA.