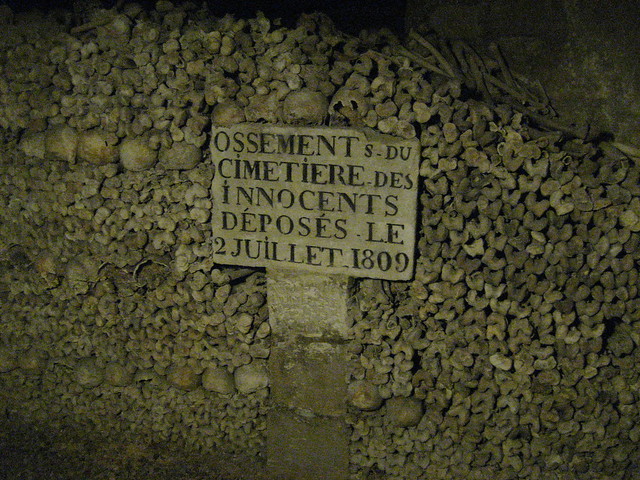 I wasn’t comfortable taking too many pictures of the deceased, so this pile of femurs is all you get.

The sign says “Bones from the Cemetery of the Innocents, deposited July 2, 1809”

Long story short, Paris has had a lot of people buried in it, and every so often they needed to clear old cemeteries–often the mass graves of the very poorest people–and store the bones underground in retired quarries. It was a grim job that was eventually turned in to a spectacle, because once you’ve shuffled hundreds of thousands of femurs you have a lighter perspective on the whole life-death cycle.

The modern catacombs aren’t so garish as they once were. All the same, there’s a cop waiting at the end to reclaim “souvenirs” inappropriately retrieved by tourists.