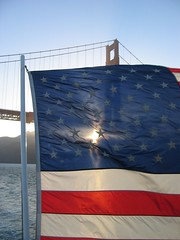 Now I worry that the Republicans, in an uncharacteristic bow to “fiscal responsibility” have put the kibosh on extending unemployment benefits. It is rough out there and everyone expects the economic recovery that seems to have begun to possibly take a very long time. We have millions living hand-to-mouth somewhere between earning a living and being desperately poor. Now we want to cut the cord and let them plunge?

And, okay, let us say we are rugged individualists and we don’t care about the suffering of the unemployed. But . . . these unemployment payments go straight back in to buying groceries and other necessities . . . we’re taking a huge chunk of consumer spending offline! That means falling retail profits, that means more layoffs, a tumbling stock market . . . we are inviting upon ourselves the next Depression, or at least a “double dip” recession.

We need to not f*ck the economy in the rear while it is still teetering on its knees. I wish the nation were more shrill about this issue . . . I hope I am wrong but this just seems incredibly stupid and self-destructive. Americans will be hungry, times will be harder, and Obama will go down in history as one of those hapless liberal presidents who couldn’t rally the nation in a moment of crisis, to be replaced by some jingoist reactionary.

I hope I am wrong.

Update: Obama has a petition going . . .