As someone who has wondered at the issues involving monastic vows of sexual abstinence, I found myself dog-earing the following passage from an interview with a Buddhist couple who gave up the monastic life for marriage, as interviewed by Leslee Goodman in the January, 2009 issue of The Sun.

Goodman: Do you feel that religious policies of abstinence backfire and end up leading to sexual transgressions?

Kittisaro: The Buddha didn’t demand that everyone abstain from sexual practice. He taught the five precepts for laypeople, which include using your sexuality wisely and abstaining from exploitative sexual practices, such as sex with a minor or with someone who’s already in a committed relationship. For those who were interested in exploring the causes of suffering, however, he laid out the dangers of attachment and desire. He never denied the joys of sensory experience, but he pointed out their limitations. The Buddha taught that to truly know the end of suffering, one needs to let go of sexual desire. If we can’t do that, then the Buddha encouraged us to limit our sexual activity to that which does no harm. Whether a layperson or a monastic, one must wrestle with sexuality to contain it within a moral or ethical boundary, so that it doesn’t harm anyone, including oneself.

The practice of not acting on sexual desire backfires when we are unaware of desire, or we repress it, or we pretend it doesn’t exist, or we judge it. Abstinence backfires when we are too arrogant to own up to our limitations. Spiritual leaders who take sexual advantage of their disciples in the name of some higher principle do great harm to themselves as well as those they abuse. They cause people to lose faith in the spiritual practice.

Thanissara: In lay life our sexual or creative energy can get dispersed in many directions, but in monastic life there’s a lot of focus and intensity. If you don’t have a strong system in place to contain and channel these energies, there can be a dramatic acting-out of the shadow self and desire, followed by denial, which is damaging. It doesn’t have to go that way, of course. I have friends who have lived a celibate, monastic life for up to forty years. They are passionate, creative people who have transmuted their sexual energies and learned to experience intimacy with all of life. I don’t think the rule of celibacy is necessarily flawed. I think it has to be chosen and then used with integrity and compassion. Good peer groups also help maintain honesty and accountability. Too often a guru operates with no accountability. 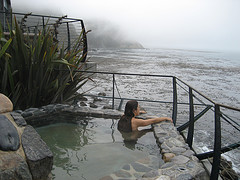 My own boundaries, which are more instinctual than prescribed, have fallen along these lines of morality. When I have felt an opportunity to take advantage of another’s relationship, however attractive, I have always felt a certain uneasiness . . . there’s really nothing good that can result from such an adventure. Likewise when I had to wrestle from within a disrupted relationship, my feeling toward the third party was that they were engaging in a parasitic activity. Straying from within a relationship is also destructive, but in a different way: it is succumbing to weakness or a lack of discipline. I have more sympathy for someone who fails themselves and others out of weakness over one who exploits a situation out of greed.

I also like Thanissara’s expression of having “learned to experience intimacy with all of life” . . . I learned the enjoyments of intimacy and sexuality separately, and it was only later that I found the reward in experiencing the two together. The trouble with our hyper-sexual culture is that we come to value sex as a commodity, and the value of intimacy is given short shrift. Sex sells a lot faster than intimacy, but it is the intimacy that is more rewarding. Maybe instead of arguing over “abstinence education” in the schools we can improve the sexual education curriculum to impart the idea of intimacy, which begins with learning to be more fully present within yourself and then open to experiencing another person without an agenda.

Intimacy needn’t preclude sex, but it can be deeply fulfilling and carries less risk of STDs and unplanned pregnancy.

And now some recent revelations regarding vocabulary!

Chaste means that one has abstained from “unlawful” sexual intercourse: thus only with your spouse.

A chaste celibate would then be refraining from all sexual intercourse.

An abstainer is someone who refrains from some activity. But “sexual abstainer” just doesn’t have the same ring as “chaste” or “celibate” which have both in modern usage come to mean “aint gettin’ none.”