December 17, 2008
Letters to The Man, News and Reaction, Politics, Travels 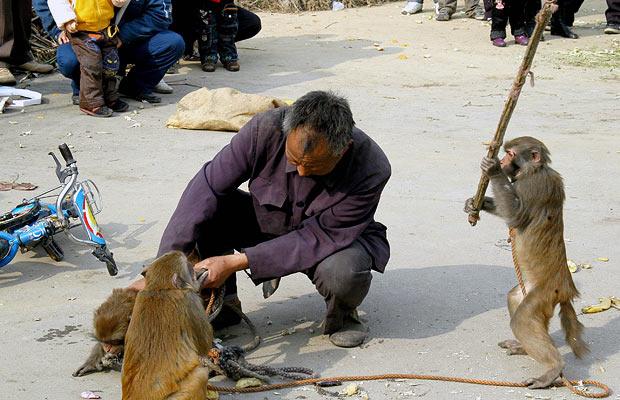 “Angry monkeys turn on their cruel trainer and beat him senseless with his own stick after he handed out a vicious beating to one of the trio during a performance riding mini bicycles in a market in Sizhou, China”
Picture: EUROPICS[CEN] (Via: Telegraph.co.uk)

The times, they are a changin’. Huzzah!

Update: Additional photos and story at The Sun. Even more, smaller photos at Mirror.co.uk.

Next: “Seriously, who throws a shoe?”
Previous: Caroline’s Curious Creatures
Categories: Letters to The Man, News and Reaction, Politics, Travels