The City that Works . . . Wirelessly!

As reported in the AP:

CHICAGO – The nationwide rush to go wireless appears poised to extend to its biggest city yet. Chicago is launching an effort to offer wireless broadband, city officials said Friday, jumping on the Wi-Fi bandwagon as similar initiatives proceed in Philadelphia, San Francisco and smaller cities.

Well, that is the coolest news about my home town that I have read in a while. Municipal WiFi? In the yuppie neighborhoods and in the ghetto? Speedy Internet for all the schoolchildren and the tourists? Amen to that! 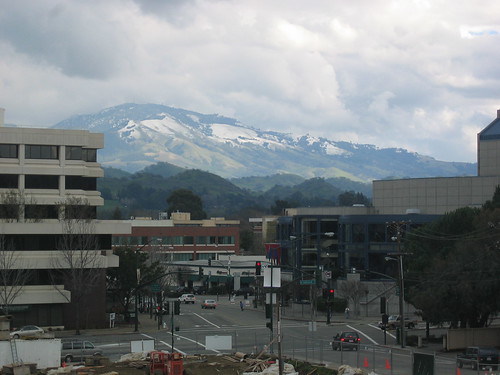 Meanwhile, in a parallel universe, we awoke yesterday to find snow on the ground . . . in California! Well, sure it was up on Mount Diablo, and it had been rained away by the afternoon, but it merited a celebratory call home to Mom in Chicago, where there is no snow at the moment, but there is certainly cold.