I’ve been a SysAdmin for … since the last millennium. Long enough to see certain fads come and go and come again. There was a time when folks got keen on the advantages of chroot jails, but that time faded, then resurged in the form of containers! All the rage!

My own bias is that bare metal systems and VMs are what I am used to: a Unix SysAdmin knows how to manage systems! The advantages and desire for more contained environments seems to better suit certain types of programmers, and I suspect that the desire for chroot-jail-virtualenv-containers may be a reflection of programming trends.

On the one hand, you’ve got say C and Java … write, compile, deploy. You can statically link C code and put your Java all in a big jar, and then to run it on a server you’ll need say a particular kernel version, or a particular version of Java, and some light scaffolding to configure, start/stop and log. You can just write up a little README and hand that stuff off to the Ops team and they’ll figure out the mysterious stuff like chmod and the production database password. (And the load balancer config..eek!)

On the other hand, if you’re hacking away in an interpreted language: say Python or R, you’ve got a growing wad of dependencies, and eventually you’ll get to a point where you need the older version of one dependency and a bleeding-edge version of another and keeping track of those dependencies and convincing the OS to furnish them all for you … what comes in handy is if you can just wad up a giant tarball of all your stuff and run it in a little “isolated” environment. You don’t really want to get Ops involved because they may laugh at you or run in terror … instead you can just shove the whole thing in a container, run that thing in the cloud, and now without even ever having to understand esoteric stuff like chmod you are now DevOps!

From my perspective, containers start as a way to deploy software. Nowadays there’s a bunch of scaffolding for containers to be a way to deploy and manage a service stack. I haven’t dealt with either case, and my incumbent philosophy tends to be “well, we already have these other tools” … 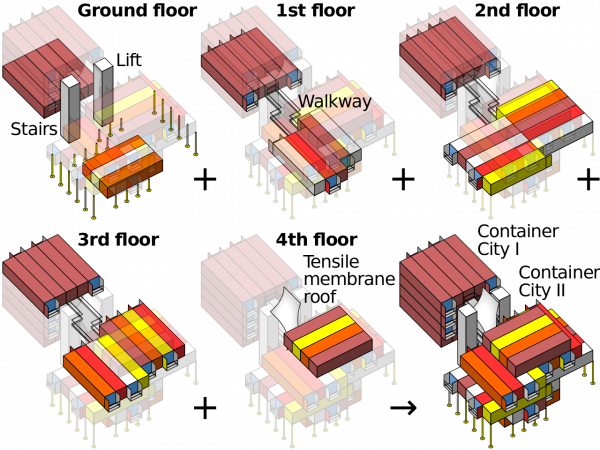 Anyway, as a Service Provider (… I know “DevOps” is meant to get away from that ugly idea that Ops is a service provider …) I figure if containers help us ship the code, we’ll get us some containers, and if we want orchestration capabilities … well, we have what we have now and we can look at bringing up other new stuff if it will serve us better.

ASIDE: One thing that has put me off containers thus far is not so much that they’re reinventing the wheel, so much that I went to a DevOps conference a few years back and it seemed every single talk was about how we have been delivered from the evil sinful ways of physical computers and VMs and the tyranny of package managers and chmod and load balancers and we have found the Good News that we can build this stuff all over in a new image and it will be called Docker or Mesos or Kubernetes but careful the API changed in the last version but have you heard we have a thing called etcd which is a special thing to manage your config files because nobody has ever figured out an effective way to … honestly I don’t know for etcd one way or another: it was just the glazed, fervent stare in the eyes of the guy who was explaining to me the virtues of etcd …

It turns out it is not just me who is a curmudgeonly contrarian: a lot of people are freaked out by the True Believers. But that needn’t keep us from deploying useful tools, and my colleague reports that Kubernetes for containers seems awfully similar to the Ganeti we are already running for VMs, so let us bootstrap some infrastructure and provide some potentially useful services to the development team, shall we?