How do you triumph against an oppressor who has an overwhelming advantage in terms of firepower? If you are Mahatma Gandi, Martin Luther King Jr, Nelson Mandela, or Ukrainian Colonel Yuri Mamchur, you practice non-violent direct action. I hope that Ukraine may yet share in the triumph of this strategy. 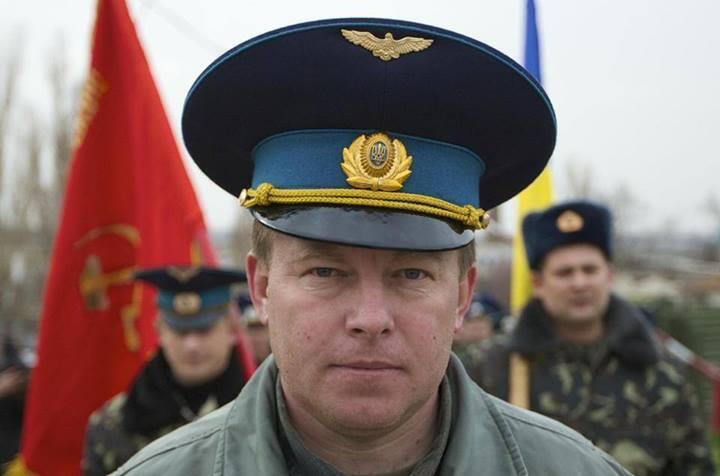 I will tell the story from Simon Shuster’s Twitter stream:

Commander of Ukraine’s Belbek base just got a call from Russian counterpart. Another ultimatum: surrender by 16:00. This is the 3rd one

Incredible. Half the Ukraine troops from Belbek base now marching to airstrip occupied by Russians. Unarmed. To take it back.

The column of troops, carrying the Ukraine and Soviet (!) flags, about to march on the Russian occupied airstrip. pic.twitter.com/prR9rfP7Fp

Russians back down, allow 10 Ukraine soldiers to take up positions at occupied base, but still awaiting orders from Moscow

The Ukraine commanders just received word that Putin ordered the Russian troops to withdraw. Is that true?

Officer who shot in air as Ukraine column marched up to him said he was on the Maidan fighting ‘fascists’ with a stick. Presumably Berkut

Ukraine commander demands to guard the base jointly with Russians, who pledge to give their commanders’ response by 12:00, in 2 hours

Ukraine’s 204th tactical aviation brigade when they just arrived to face down the Russians in Belbek: pic.twitter.com/Zz91TuJHXf

Marching along with the Ukraine brigade were the wives of four of the officers, all standing surrounded by Russian snipers at Belbek

Phone battery dying. Read @Time a bit later for the hair-raising conclusion of the ballsiest move of the Crimean conflict so far. #Belbek

I first read of the story via ABC News. I think this is an excellent strategy to employ against the Russian occupation. Putin claims the Russians are there to defend against violent acts. It would appear that the Ukrainian Military are Not the Problem here. I hope this tactic is employed further by Ukraine’s soldiers and its people, and I wish to see them succeed. Mamchur and his soldiers are heros of humanity.