A reaction I posted to a friend’s Facebook with regard to the present BART Strike: 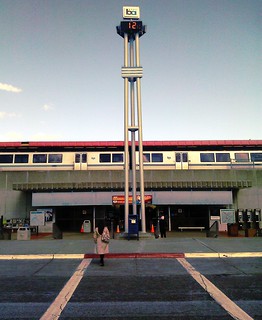 I’m a pro-Union Liberal who thinks it is wrong to beat up on public-sector employees. I have heard that BART staff get 40 PTO days per year and there’s a scheme where you can take PTO, then take a shift, and get overtime for that. That’s something we can fix.

The train operators literally sit on their ass and watch the train drive itself. I talked to a guy who said that he did an important job of every once in a while mashing the buttons to fix something, and if he and his comrades weren’t there, BART would have to evacuate the passengers, shut the doors, and run the train empty to its terminal. Horrors!

In NYC, they’ve been laying off station agents where possible and using video cameras to aggregate agent services remotely.

I keep hoping that one of these days a labor action will be an excuse for BART to just fire the train operators and let the system run on automatic as it was designed to do. Spend the money on more frequent service so when a train occasionally has to be taken down, its replacement appears that much more quickly. Spread some of that money to the best station agents and start installing remote presence equipment to make the most of their labor.

. . . and if those train operators are even half as as good at mashing buttons in an emergency as they think they are, they can make the same salary as an entry-level SysAdmin.

Next: Fitbit Feedback: My Own Data Are Not a “Premium” Feature
Previous: Flickr Provides Old Users with “Closure”
Categories: News and Reaction, Sundry, Technology