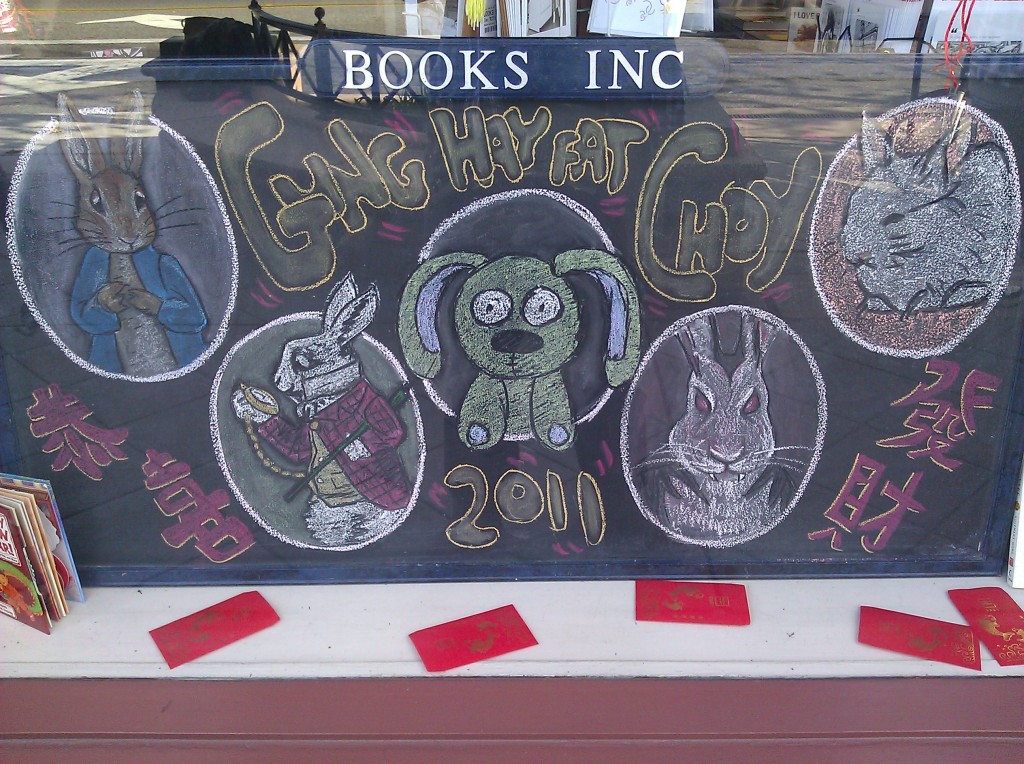 An assortment of rabbits to greet the Lunar New Year

At Books Inc, on Castro St in Mountain View, an assortment of literary rabbits has been beautifully rendered on a blackboard. From left to right I think we’ve got:

The approaching Lunar (Chinese) New Year is the Year of the Rabbit, which is the same as the Lunar New Year in which I was born. The red envelopes are called çº¢åŒ…, (literally “red envelope”) and they are for gifts of money given to kids.

“Gung Hay Fat Choy” I believe is a Cantonese transliteration of æ­å–œå‘è´¢, which in Mandarin is gong1 xi3 fa1 cai1. A further clue is that the Chinese characters on the chalk board are the traditional Chinese characters, used outside of the People’s Republic of China, and more familiar to past generations of Chinese immigrants, often from Southern China.

You can see that the traditional characters (top) look very similar to their simplified counterparts (bottom):