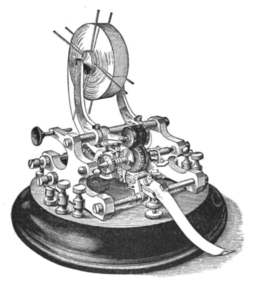 Several leading institutions fail, leading consumers to a rush on the remaining institutions, causing them to fail. A cascade of failures brings the whole system crashing down until the central authority undertakes a massive, unprecedented intervention to bring the system back to normal. At first, the degree of central intervention required is underestimated, but in time sufficient resources are brought to bear and the complex system recovers.

In the space of twenty-four hours.

Interestingly, Skype’s network is actually a peer-to-peer network. It is a complex system which normally proves highly resilient, with in-built safety mechanisms to contain failure and ensure reliability. But under the right circumstances, failure can cascade. I couldn’t help but read that as a metaphor for free-market economics, which can usually take care of itself, but will enter a fugue state often enough to require a strong authority to intervene and put it right.

As a SysAdmin, the Skype network sounds like a very interesting beast. I figure that an action item against a future failure might be to provide a “central reserve bank” that monitors the health of so-called supernodes and automatically fires up large numbers of the dedicated mega-supernodes in the event of a widespread failure. (And such a strategy could well exacerbate some other unanticipated failure mode.)