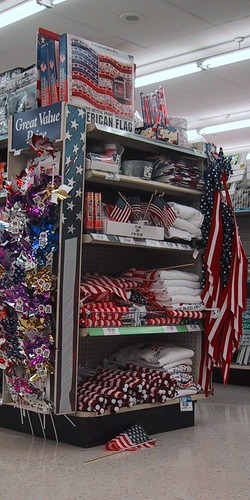 [Update: weaselly underscores omitted from cuss words per Andrew Ho’s patriotic fervor, and because it might look neat.]

Girlfriend came over, with six peaches she picked from her peach tree this very morning. I washed the earwig out of one. We walked down to the beach, and back up again, stopping for pastries and a slice of pizza. We watched “Winged Migration” which is really good if you don’t pay attention to the self-important French people, and tolerate the silly parts when the bird flies up an out of the atmosphere to circle the Earth like Sputnik, except yeah, “no special effects were used while filming the birds.”

Then I see a URL to a comic strip with kids eating Bald Eagle tacos. Okay, crass. But the commentary rant is worth sharing:

I know I’m starting to sound like a curmudgeony old bastard but… it really did used to be better, even just a few years ago. I swear to God right now you could watch Dick Cheney beat a homeless vet to death with a cinder block and everybody would just kind of let out a weak sigh and go “only two more years” but then go into full-blown warrior mode when the Youtube button on their iPhone got scratched. Stand in line to buy portable telephone, wondering what you’ll say to the first person to ask you to touch it while the thing you Pledged Allegiance to everyday when you were growing up gets gang-banged by a handful of frat boys that pay less taxes than you and don’t have to go to jail when they may have committed treason.

And, quiet as I have kept, I gotta admit, I think the iPhone spectacle . . . geeks waiting in line to pay $600 for a cell phone with a $1400 service commitment . . . but what is worse is to hear President Bush prattling on about how we must defeat Al Qaeda in Iraq or else they’ll follow us home–the best that can be said for why we need to be over there is because we chose to go there and fuck up that shithole of a country, and it is hella true if Dick Cheney beat the crap out of a homeless man we would just shake our heads with a tear in our eye. If you commit treason you should go to jail, even, hell, especially if you’re just some hack taking a bullet for the White House! GAH!

Okay, back to munching on my toast and pondering my regular life. If there’s a protest in the streets sign me up . . .