The developers came. “We have a mystery wrapped inside an enigma?”

I told them if it was further wrapped in bacon, they had my interest. 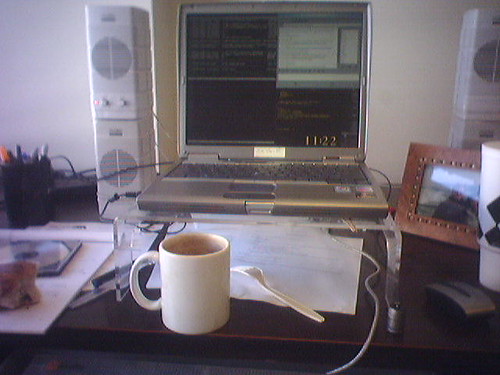 “That looks like an integer overflow,” I said, as a friend called me. I stepped out of the office, and when I returned, I checked man 3 printf and “fixed” the code:

As the code would only ever be printing positive integers anyway, the developers were satisfied with my workaround.

And impressed with my knowledge.

This is one of those things I learned by paying a little attention in CS classes. Normally Perl hides the details of integer field sizes from the developer, but provides C functions for handy stuff like print formatting. And in this case Perl was naively passing a 32-bit integer that had overflowed the first 31 bits (this happens a bit past 2,000,000,000) . . . this is probably a bug that was corrected in later versions of Perl.

Some day, I may have a job interview, or some other person ask me a time when I solved a really weird bug, or perhaps someone will want to know of an occasion where my CS minor proved useful, and I can check my web site to help me recall the answer.