Is Everybody Ready to get High?

I explored a super market on my way back to Kabul, picking up a small loaf of raisin bread. Back at the ranch, there were two Spaniards, a Japanese, and two English girls bathing it up for a night out. The group had also begun enjoying alcohol and pot as I had been. 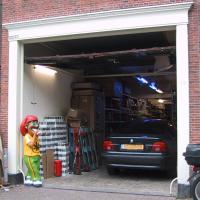 I produced my leftovers and offered to share, if someone could roll. Antonio admitted that he was a poor roller, and left such tasks to his older cousin. I conveyed the story of my own frustrated attempts that day, and we concluded that a rolling primer should be included in the Lonely Planet guidebook. Upon return from the shower, one of the English girls rolled up a beautiful spliff that we passed around. The elder cousin came by, and contributed more joints. We found ourselves in a convenient coffeeshop, rolling, smoking, and drinking. I purchased some Afghan Border hash, which the older cousin explained that you made in to tiny pieces and rolled in tobacco, handing me a cigarette.

I rolled a pretty good hash joint. I was quite pleased with myself, though I had difficulty finding my way smoking what felt like a cigarette. I explained that for many Californians, marijuana is far easier to relate to than tobacco.

The English girls wanted to see a peep show, so we went off in search of a place that would allow small groups to share in the experience. I lost the group when I leapt in to a bar to pee. I wandered up and down the red light district, exchanging smiles with with the girls in the windows, wearing out my feet. Shigeru found me innocently admiring a pretty, brown-skinned girl standing in the window who had, in my opinion, a perfect body. Alas, I was more lonely than horny, and found more pleasure in the relatively inexpensive companionship of a fellow traveller, rather than spending upwards of â‚¬50 on fifteen minutes with a woman, for some quick ejaculation. I prefer to spend my energy on pleasing beautiful women, taking personal pride in the long work of well-done foreplay. I would just as soon get paid for such activity, and contribute to my financial welfare, though I have to admit that I don’t live in such a world, and must instead derive my revenue from debugging e-mail attachments. C’est la vie.